It’s toxic, addictive, impairs judgement, is deadly in high doses and is bad for your brain, yet it’s legal. “Alcohol is not your friend,” said Dr. Daniel Amen, a brain health expert, best-selling author and two-time board certified psychiatrist.

But reports say a glass of red wine is good for your heart, right? Wrong. According to The Harvard School of Public Health study on the health of alcohol, drinking kills 100,000 people per year on the average. The cardiac benefits of alcohol saved 26,000 people per year. The conclusion? Alcohol kills more than it saves. And this doesn’t include deaths resulting from alcohol-related car accidents and crimes. They also list alcohol as the 8th most preventable cause of death in America. Another report says excessive alcohol use is the 3rd leading lifestyle-related cause of death for people in the United States each year.

According to Wikipedia, short-term effects of alcohol consumption include intoxication and dehydration. Long-term effects of alcohol include changes in the metabolism of the liver and brain and alcoholism (addiction to alcohol). Alcohol intoxication affects the brain, causing slurred speech, clumsiness, and delayed reflexes. Alcohol stimulates insulin production, which speeds up glucose metabolism and can result in low blood sugar, causing irritability and (for diabetics) possible death. Severe alcohol poisoning can be fatal. Alcohol is a $400 billion industry.

Dr. Amen has conducted more than 64,000 brain SPECT scans, which measure the blood flow and activity patterns in the brain. He said the worst brains he has ever seen, are those people who are alcohol and substance abusers. 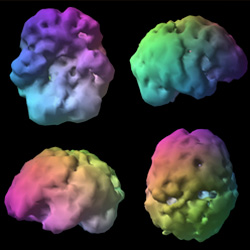 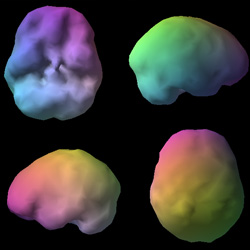 “When I first started practicing, I was a director of a dual-diagnoses unit, that deals with substance abusers who also have psychiatric disorders. I saw the damage alcohol was having on people’s lives,” Dr. Amen said. “Through the years, I’ve studied thousands of brain scans and concluded that drinking has a negative impact on brain health because it has a toxic effect on the brain.

“I’ve scanned brains of 75 murderers, and many of them committed their crimes when they were drunk,” he said. The reason for this is alcohol impairs judgement, lowers inhibitions and impulse control, which is what the brain’s pre-frontal cortex does. Drink alcohol and you will make bad decisions. “For those on The Daniel Plan, alcohol will impair your ability to rationally decide how to eat right, and it will be easier to succumb to food and sugar temptations.”

Alcohol is not only toxic to the brain, it literally damages the liver. Dr. Amen says the liver “is like your sewage plant, removing toxins from your body. If you drink to much, the liver cannot properly process it, so you end up with excess toxins in your body. Over time, your liver loses its ability to regenerate cells, and it doesn’t work, which leads to cirrhosis which can kill you.”

Anxiety disorders are the most common psychiatric disorder, according to Dr. Amen. And, for years people have used alcohol to self-medicate and feel more comfortable in social situations. “Alcohol settles you down in your brain, so you feel relaxed, more comfortable around people,” he said. “But there are more healthy ways of treating these kinds of disorders, like with relaxation, exercise and cognitive therapy.”

Functional medicine specialist and Daniel Plan advisor Dr. Mark Hyman says alcohol is one of the nectars and sweet pleasures of life, but always keep in mind that alcohol is a drug, an addictive substance.

“On the elimination phases of my programs alcohol is usually strictly forbidden. I recommend a 6-8 week break from alcohol. Be friendly to your liver and give your body a chance to detoxify by taking this vacation from alcohol.”

“HOW MUCH CAN YOU DRINK?

According to Dr. Hyman, after your 6-8 week break from alcohol, don’t reintegrate drinking every day. He says 2-3 servings of alcohol is the maximum you should ingest. A serving is:

“If you drink more than this in a week you are exposing yourself to serious health risks including dementia, depression, and an increased risk of type 2 diabetes that can contribute to a wide variety of health conditions including high blood pressure and heart disease,” Dr. Hyman said.

The bottom line is drinking makes you dumb both in the short and long term.

If you struggle with alcohol and want help, here are some next steps: